POLYTEC with a new look 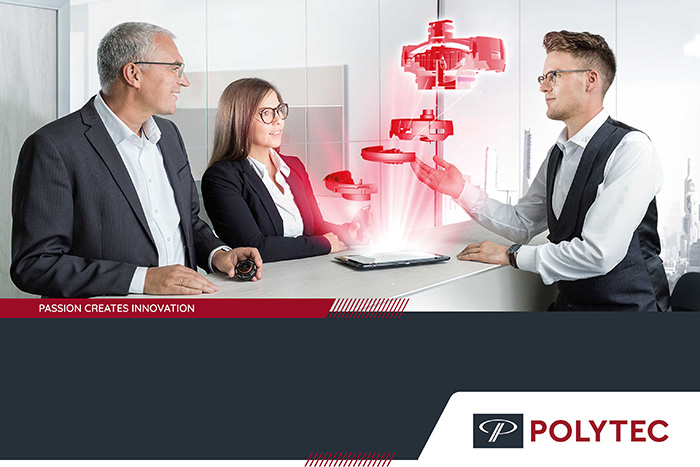 The summer of 2019 saw the phased unveiling of the various elements in the POLYTEC GROUP’s new brand identity. The suspense was maintained for four weeks until finally the various features were united to form a complete entity and the new design was revealed. Corporate colours formed the beginning and were followed subsequently by the pictorial material, the new logo and lastly the presentation of a new key visual, which brought all the individual elements together.

The new combination of company colours was so selected as to correspond with the modern communication of POLYTEC’s corporate values. In the course of the redesign, the familiar “POLYTEC red” was retained, but used slightly more sparingly than in the past. The red has been joined by a fresh blue-grey, which replaces the old neutral grey tone and is intended to underline the technical nature of the group.

New photo material also mirrors the POLYTEC GROUP’s brand personality. Accordingly, the visual presentation, with shows employees in a production environment and has moving elements in the pictures, is both highly modern and dynamic.

The logo symbolises the company’s values externally in graphic terms. Within this context the recall level is of special importance, although the brand update had the simultaneous objective of modernising the visual image. Therefore, the familiar “P” has been preserved in the new logo as a symbol of the group’s continuity and strength. The “POLYTEC” logotype has been re-implemented and the word “GROUP” is no longer employed. The POLYTEC logo thus represents the group’s competences in a direct, modern and powerful manner.

New POLYTEC subject matter emerges at the point where the corporate colours and the logo meet and the updated design elements constitute important components in this regard.  The corporate design contains modern and striking features, which echo the group’s dynamism while simultaneously creating a high degree of recognition.

The first part of the new online image was completed punctually for POLYTEC’s presentation at the 2019 International Automobile Exhibition (IAA) in Frankfurt am Main. On the group’s website, the Solution Force was the dominant feature of the interim landing page, which with its modern design and powerful images offered an invitation to become acquainted with the Force and also helped to create an understanding of its products and working methods.  In addition to its informative function, the new web presence constitutes a further step in the brand modernisation process. The landing page is to form the basis for the new corporate website, which is scheduled to go online at the end of the year.